In 2002, the Malawi High Commissioner, London, the Hon. Bright Msaka presented George ‘Sam’ Shepperson with the degree of D. Litt, honoris causa, on behalf of the University of Malawi in recognition of his outstanding contributions as a pre-eminent Africanist and African (most notably Malawi) historian for over half-a-century. Serving with a Nyasa battalion of the King’s African Rifles in the Burmese jungles during WWII, Shepperson became a fluent speaker of Chinyanja and developed a deep and abiding love and respect for Malawi, Malawians and Malawi’s colourful history. He was a strong advocate for Malawi’s independence. Indeed, President Kamuzu Banda invited him to become the first Vice Chancellor of the University of Malawi.

It was Shepperson who, while researching in the cellars of the Anti-Slavery Society in London, happened upon an unlisted box of unpublished papers and correspondence which in time resulted, through the publication of the seminal Independent African, in the name of John Chilembwe becoming known upon the world stage and recognised as Malawi’s first national hero. 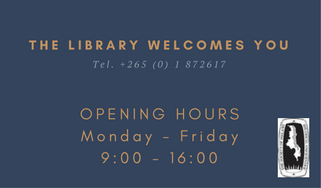 Designed and maintained by Amelia Taylor of MalawiPlaces.